My review appears in the print edition of Himal Southasian, 26.2. Below is an extract:

Dalrymple’s detailed look at the first Anglo-Afghan war hypothesises parallels between then and now. But how many of these pass muster? 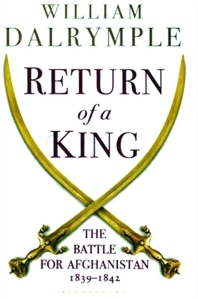 William Dalrymple’s eagerly awaited Return of a King: The Battle for Afghanistan 1839-1842, is the third of the author’s major historical works that looks at the British colonialists in Southasia from a hybrid British-Southasian standpoint. It is the history of a war that the Afghans never forgot, that still lives in their collective and folk memory, but which Britain wilfully consigned to amnesia. And perhaps for good reason, from their perspective:

At the very height of the British Empire, at a point when the British controlled more of the world economy than they would ever do again, and at a time when traditional forces were everywhere being massacred by industrialised colonial armies, it was a rare moment of complete colonial humiliation.

The Great Game was at its height in 1839, and Britain was increasingly worried about the threat Russia posed to their imperial hegemony in Southasia. In response to faulty or misconstrued intelligence that Russia was taking an interest in Afghanistan, Britain invaded the latter with an army of some eighteen thousand. They deposed the ruling Amir Dost Muhammad Khan, a popular leader even in some contemporary British accounts, after he seemed to be becoming too friendly with the Russians. His defeat seemed remarkably simple. Shah Shuja, a deposed rival of Dost Muhammad’s who had been exiled in India for many years, was installed by the British as a puppet ruler. Entering the country proved easy, but staying and convincing the Afghans that they had a right to be there did not. The occupation was unpopular with the Afghan people, and resistance gathered behind Dost Muhammad and his cohort.

The rest of the article is available in Volume 26 No 2 of Himal Southasian, available to purchase here.